Hitch Marketing has worked with the PaSH Partnership (BHA for Equality, George House Trust and LGBT Foundation) to create a new HIV campaign that aims to encourage people to test for HIV, use effective prevention methods and, if they are HIV positive, to manage their HIV with medication. The campaign is a part of Greater Manchester’s efforts to end all new transmissions of HIV within a generation.

The campaign features images and real-life stories from a broad range of Greater Manchester residents with a simple message: ‘HIV: Let’s sort this together’.

It aims to inspire everyone to take steps to help end HIV transmission rates, which are currently higher in the city region than the national average.

The campaign, which focuses on a ‘Test, Manage, Prevent’ message, encourages people to take regular HIV tests, and manage the possible risks of HIV transmission during sex. For people living with HIV, the campaign highlights the fact that effective treatment means that HIV cannot be passed on through sex, a fact now universally recognised as ‘U=U’ (Undetectable = Untransmittable).

The website SortHIV.org.uk gives details about the different ways to test for HIV – including home testing and testing in local community spaces. It provides advice on access to condoms, PrEP, and PEP which are medications that help to prevent HIV transmission.

Wirral based social marketing agency, Hitch Marketing, developed the campaign through behavioural insights and research into what motivates residents of Greater Manchester to get tested for HIV, and what might stop them getting tested. This then influenced the communications strategy and campaign development. Hitch will also do an evaluation to determine the impact of the campaign.

Jim Kemp, who is part of the campaign, said: “As a man living with HIV, I feel that it is important that we start a conversation about HIV and prevention. Talking about it openly is the only way that we can break the stigma that surrounds the topic. This campaign is really a step forward in terms of promoting HIV testing, prevention and management and it is a campaign that I am really excited to be involved with." 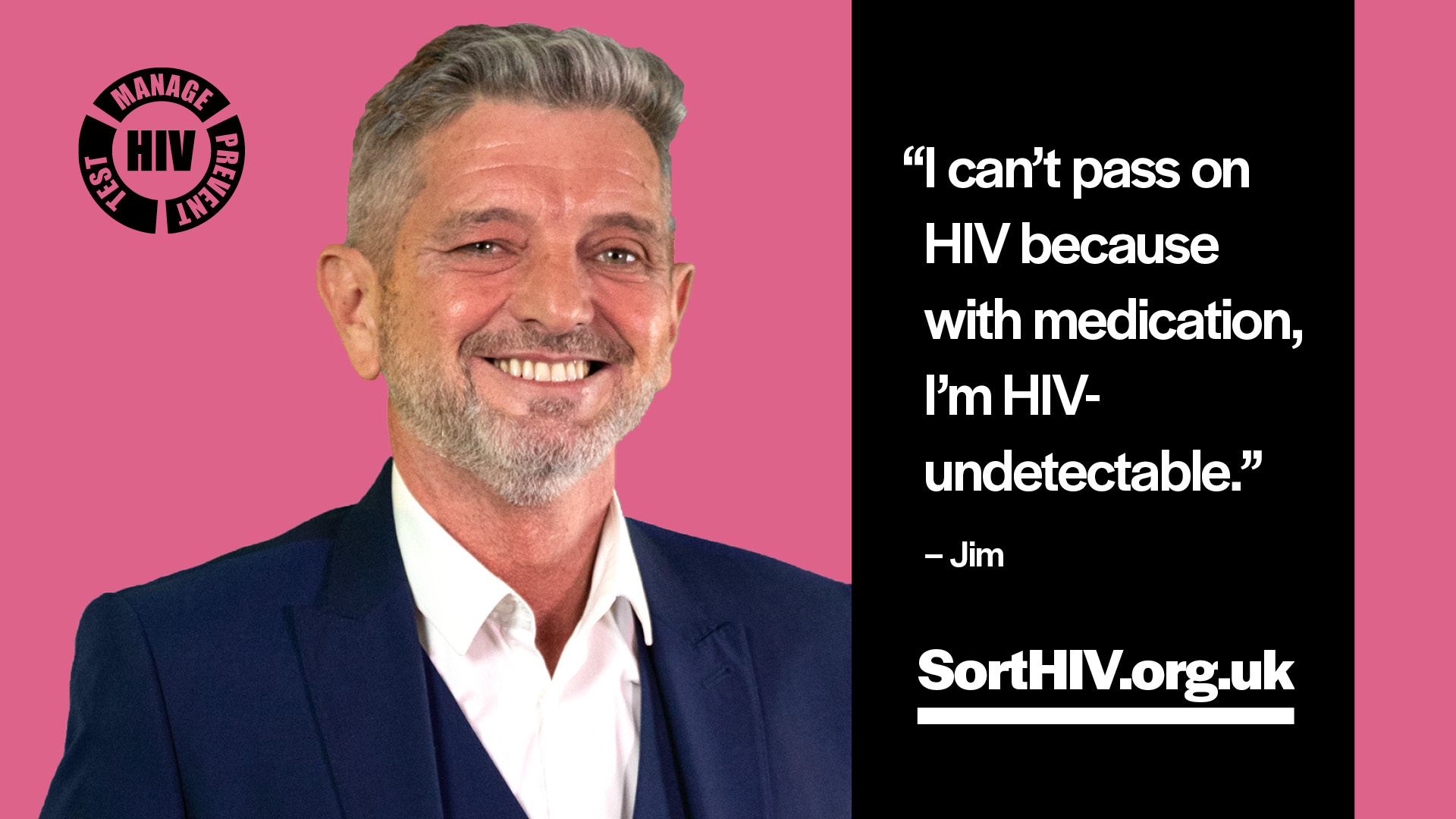 Stockport resident Jason, who also features in the campaign, said: “I wanted to get involved because the campaign connects my personal and professional lives. The advancements in HIV prevention, testing, and treatment relate to me as a single gay man and in my work providing HIV testing for LGBT communities. I am of a generation that has witnessed so many developments and wanted to be part of the next stage working to combat prejudice and stigma.”

It is estimated that there are more than 5,900 people across Greater Manchester who are living with HIV - a percentage of the regional population, which is higher than the national average and which, in some boroughs, is more than double the national rate.   In addition, an estimated 745 people in Greater Manchester are unaware that they are living with HIV.

In 2018, there were over 250 diagnoses of HIV in the city region. Almost half (42.7%) of these are late diagnoses, meaning that treatment is potentially costlier and less likely to be effective.

The Greater Manchester Health and Social Care Partnership has invested £1.3 million in an ambitious programme of action and support, developed and delivered in collaboration with local organisations and communities.

In conjunction with the new campaign, this includes upscaling HIV testing, establishing new services, and support tailored to individual needs.

Greater Manchester is part of the Fast-Track Cities Network, having joined more than 250 other cities around the world, leading the way by taking combined action, sharing best practice and tackling HIV related stigma and discrimination.

As a Fast-Track City region, Greater Manchester is committed to ensuring that 90% of all people living with HIV are diagnosed, 90% of people diagnosed are on treatment, and 90% of people on treatment have an undetectable viral load, meaning that HIV cannot be passed on.

Eighteen months after announcing its Fast-Track City ambitions, the city region has surpassed these initial targets.

Mayor of Greater Manchester Andy Burnham said: “A significant number of people in Greater Manchester still receive an HIV diagnosis every year.  It’s been clear to me that further action is needed. I am pleased that this new campaign is driving things further forward, led by the people and communities who are affected and most able to bring about the change. We are proud to be one of the global Fast-Track Cities committed to meeting the UNAIDS targets for better diagnosis, treatment, and prevention, and are working with partners throughout our communities to end new transmissions and end stigma once and for all.

Rob Cookson, Deputy Chief Executive of LGBT Foundation, said “The launch of this campaign is a key part of delivering on Greater Manchester’s proud ambition to end stigma and end all new transmissions of HIV.  This campaign helps to raise the profile of HIV, helping to inform more people of the benefits of regular HIV testing, early diagnosis and prompt treatment.  This innovative community-led HIV campaign is supported by an intensive programme of work, including group and one-to-one support for people most at risk of acquiring HIV. The message is clear; HIV: Lets Sort this Together.”

Sarah Price, Interim Chief Officer at the Greater Manchester Health and Social Care Partnership said: “Despite real progress, too few people are testing regularly for HIV and too many people who are living with HIV experience unacceptable levels of stigma. We want to inspire everyone in Greater Manchester to feel it is their business to change this. Our new campaign, with its positive call to sort this together, is a big step forward towards this.”

Chantelle Walker, HIVE Lead At BHA for Equality, said “We are delighted to be part of this campaign, HIV: Lets Sort This Together.  We are excited to be upscaling our efforts to combat HIV related stigma in addition to eliminating all new transmissions within a generation. It is important that our BME communities have an increased awareness and understanding of the different methods of HIV, including PrEP, PEP and U=U. HIV does not discriminate.”

Neal Sharpe, Joint Interim Executive Director at George House Trust said ‘People living with HIV are an important part of this campaign.  The fact that we now know that effective HIV treatment has a clear and proven preventative impact – Undetectable = Untransmittable - emphasises powerfully the need for people to test regularly”.

The campaign was launched on February 3rd, 2020 and there will be multiple bursts of activity throughout the year.