You Can! Ex Smoker Campaign

There are 4,500 smoking attributable deaths in Greater Manchester (GM) every year, and the office for National Statistics data indicates that smoking prevalence is higher in GM compared to the rest of England.

In order to produce a hard-hitting yet effective campaign and brand it had to be grounded in insight and research. Hitch had to gather a comprehensive understanding of smoking habits and behaviours in the GM region.

Three stages of research were undertaken - Desk, Quantitative and Qualitative - which led to the creation of a bespoke segmentation model with 8 segments. Interpreting this insight around attitudes, motivations, barriers and channel preference, Hitch used ACORN Consumer Classification data to create multiple personae. The personae covered different communities and socio-economic groups within GM, including the groups where smoking is most prevalent aiming to cover the majority of types of smokers. This insight allowed Hitch to have an in-depth understanding of what approaches would be best to have the most impact and lead to social behaviour change.

The brand concepts were developed through workshops and hall tests which gave clear creative direction. The brand was designed to reflect the objectives of the campaign, with the brand title ‘You Can!’ used to create motivation and support for smokers who want to quit.

The campaign voice needed to be engaging and non-patronising and with a GM identity.  Classic health related smoking content was avoided and instead the creative used real people from GM to tell their stories of quit attempts to make the campaign relatable, believable and inspirational. 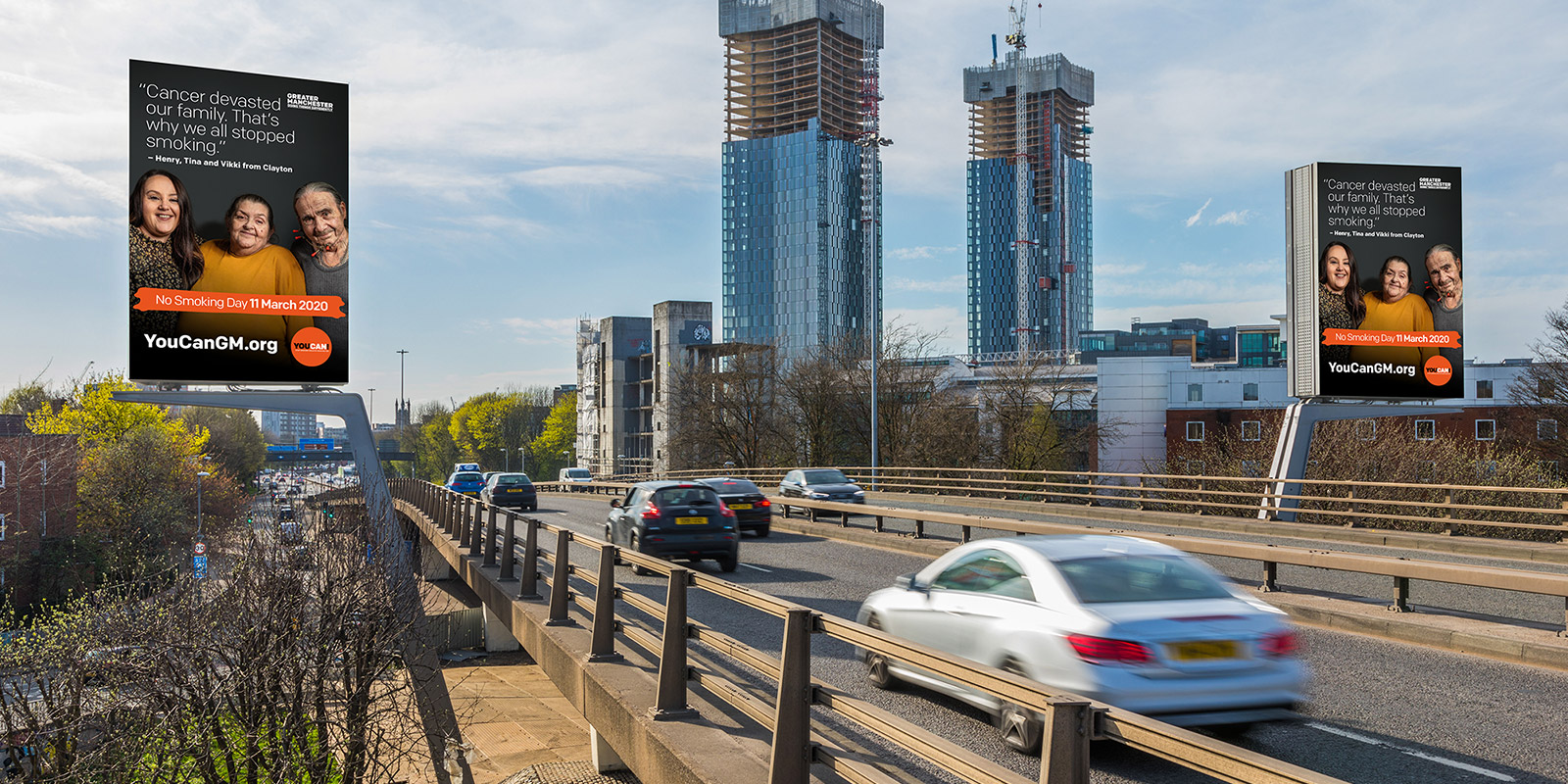 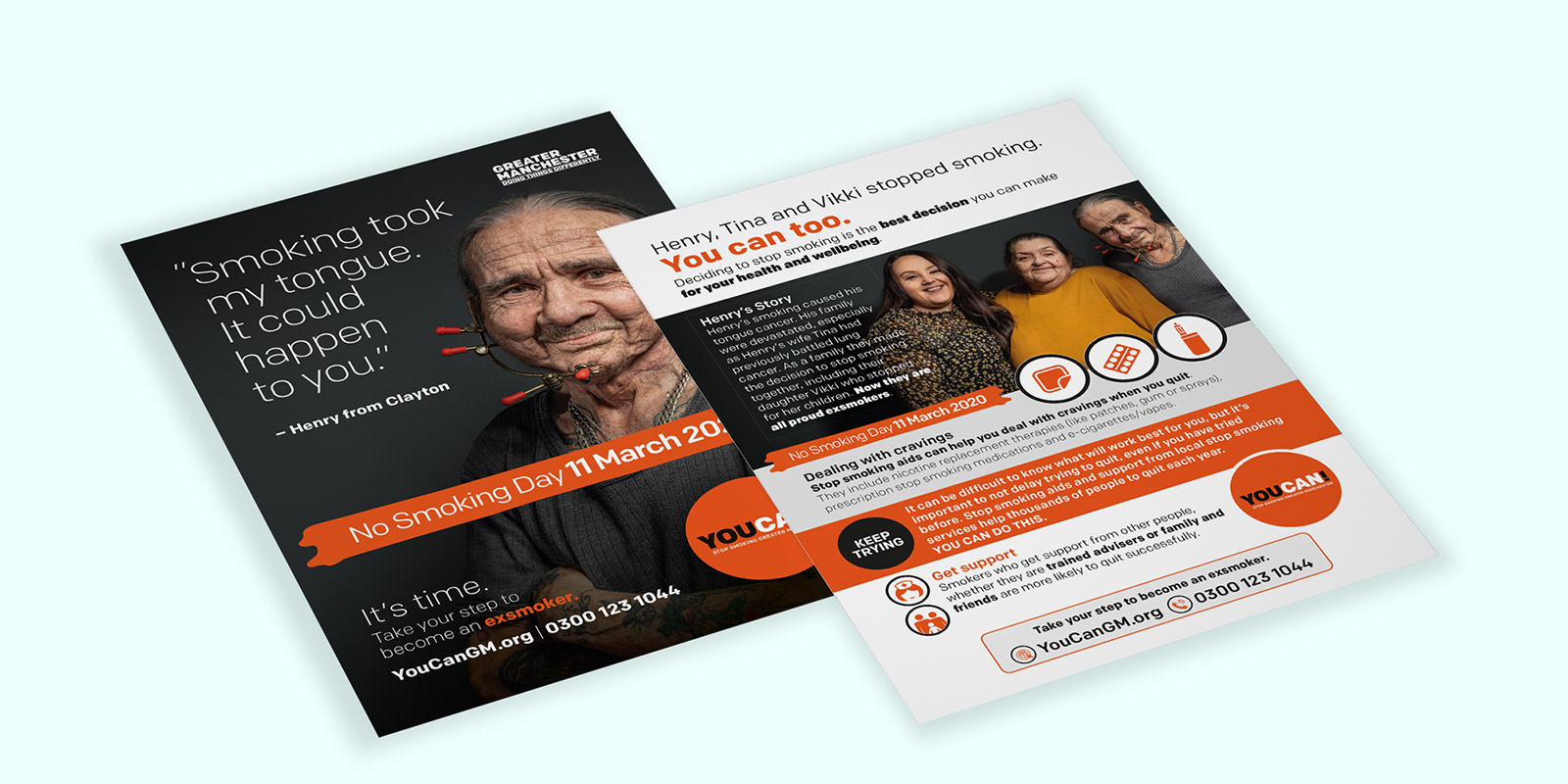 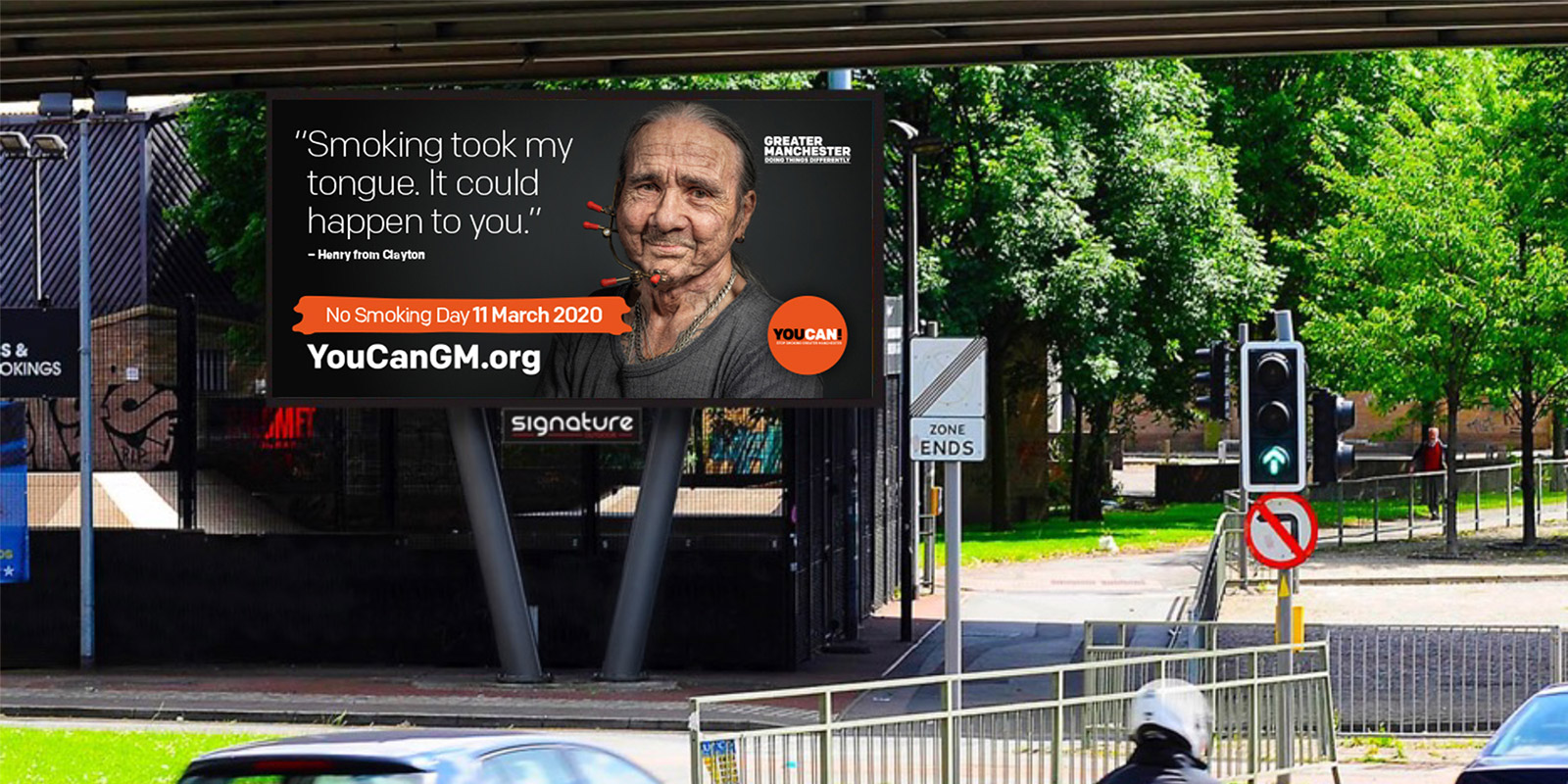 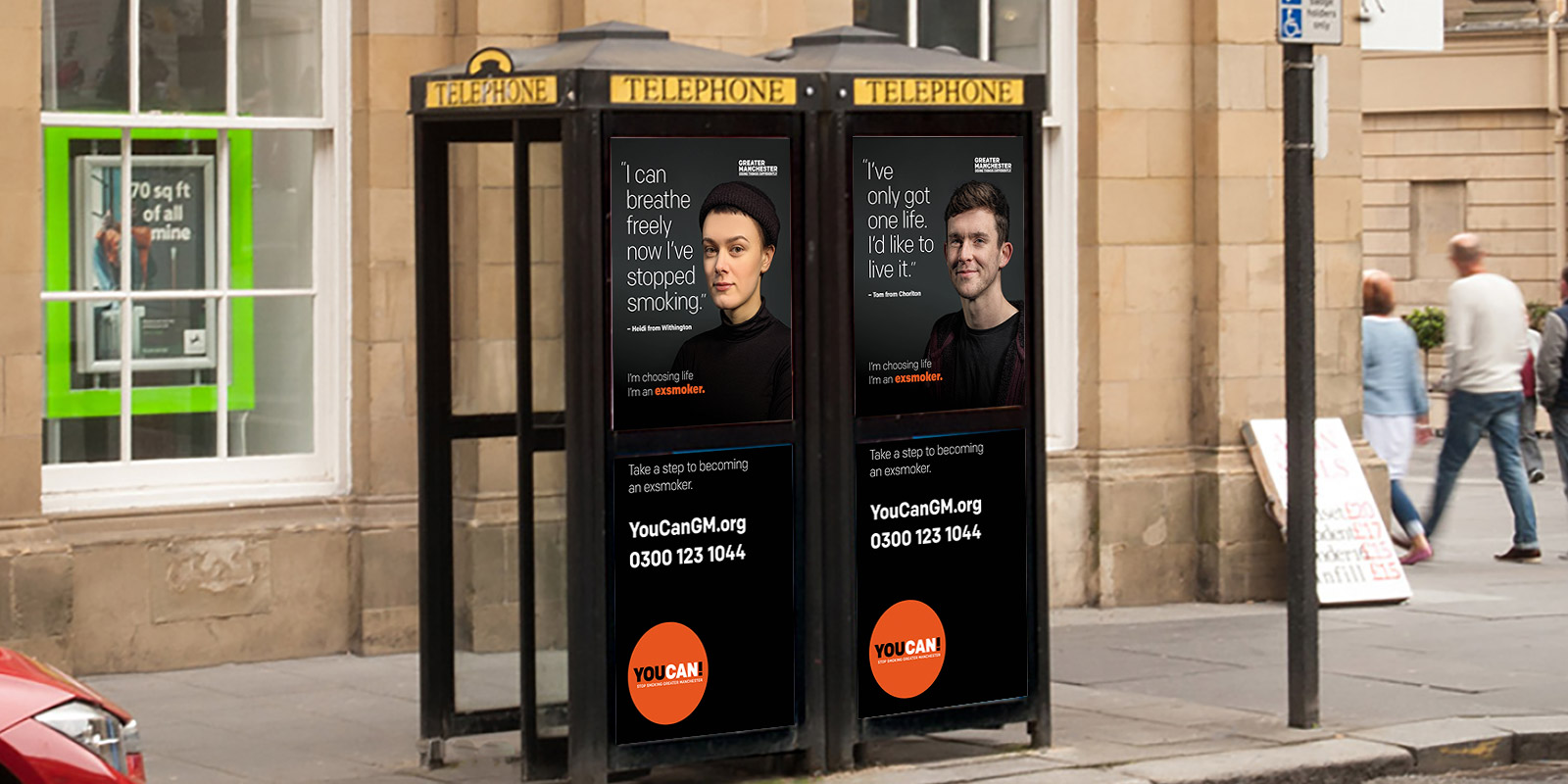 The fully formed creative concept was developed into a targeted six-week mass media campaign to resonate with GM residents. This included:

The campaign was very well-received. Using real people from GM to tell genuine life stories made the campaign relatable, authentic and thought provoking and was a change to the usual health messages.

You Can is not just a one-off campaign idea, but a clear brand identity that captures and embodies the ambition for smoking reduction over the next three years. This has allowed delivery of multiple campaigns and messages to a range of audiences that all happily sit under the brand, thereby offering consistency and credibility that has strengthened desired behaviours.

“Hitch has made a significant contribution to our ambition of Making Smoking History in Greater Manchester.

Midway through our strategy, the proportion of people who smoke in Greater Manchester is falling twice as fast as across England for a whole. There are now 46,500 fewer smokers in our city region.

We could not be achieving this without our communications and campaigns activities, and the evidence-based strategic planning, people-focused creative approaches, and rigorous analysis and evaluation which Hitch has brought with them.”