HIV: Let’s sort this together

It is estimated that there are more than 5,900 people across Greater Manchester who are living with HIV - a percentage of the regional population, which is higher than the national average and which, in some boroughs, is more than double the national rate. In addition, an estimated 745 people in Greater Manchester are unaware that they are living with HIV.

The Passionate about Sexual Health (PaSH) Partnership is a collaboration between BHA for Equality, George House Trust and the LGBT Foundation.

Hitch was commissioned to work in collaboration with PaSH member organisations to provide a creative, flexible and adaptable campaign to encourage people to test for HIV, use effective prevention methods and, if they are HIV positive, to manage their HIV with medication.

The campaign needed to engage both the general population and residents from identified at-risk groups, with the aim to inspire everyone to take steps to help end HIV transmission rates.

In order to produce a hard-hitting yet effective campaign and brand it had to be grounded in insight and research.

Following a comprehensive phase of desk research, primary research took the format of surveys and focus groups. The surveys asked questions on how people access services, the marketing channels they use and views on previous health and HIV campaigns. Focus groups further engaged with at-risk groups and explored views on HIV and effective ways to resonate with them.

The co-production with Greater Manchester residents identified the creative direction needed to be:

Using this insight to understand what motivates residents of Greater Manchester to get tested for HIV, and what might stop them getting tested, the campaign and communications strategy was developed . 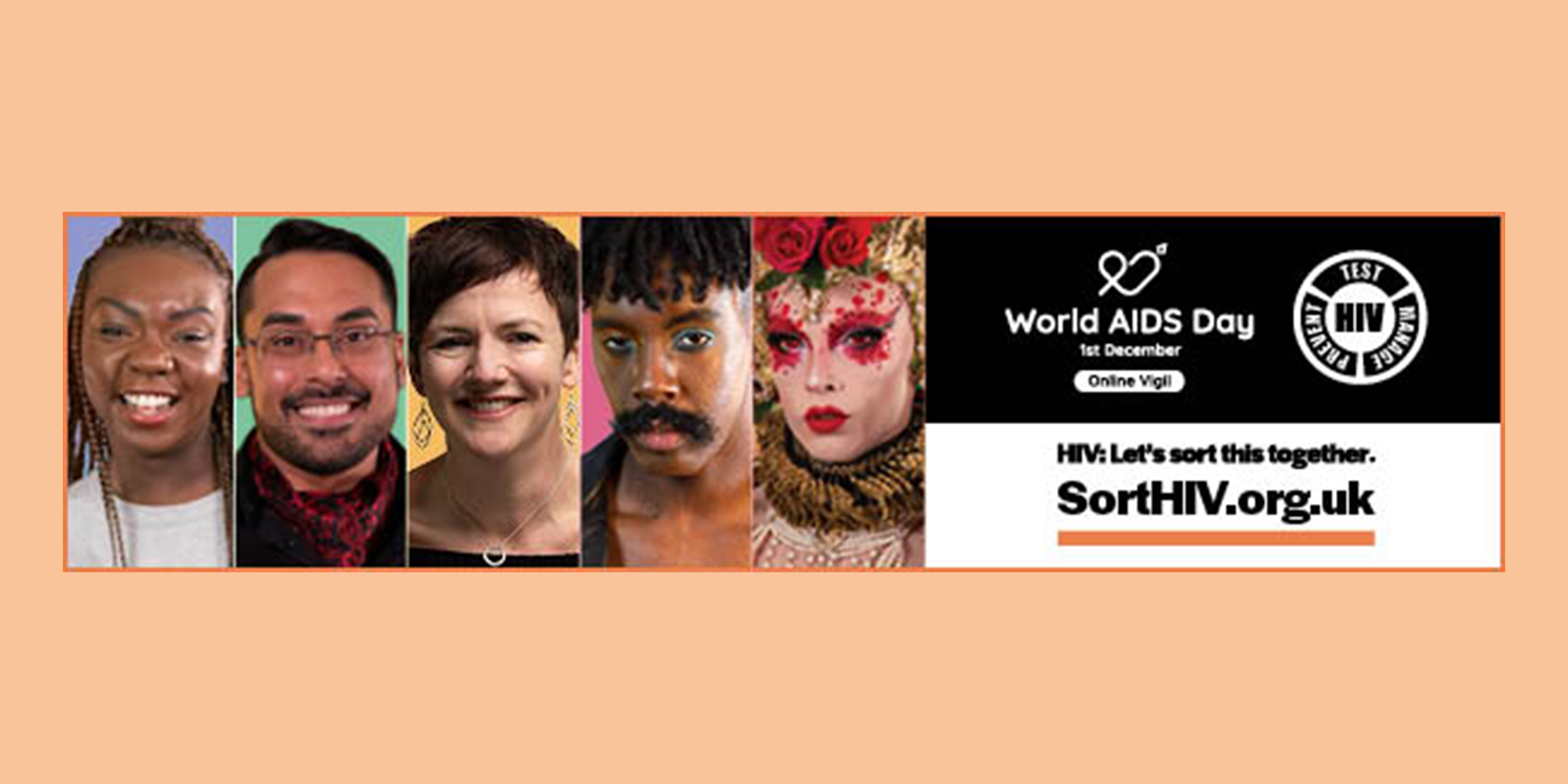 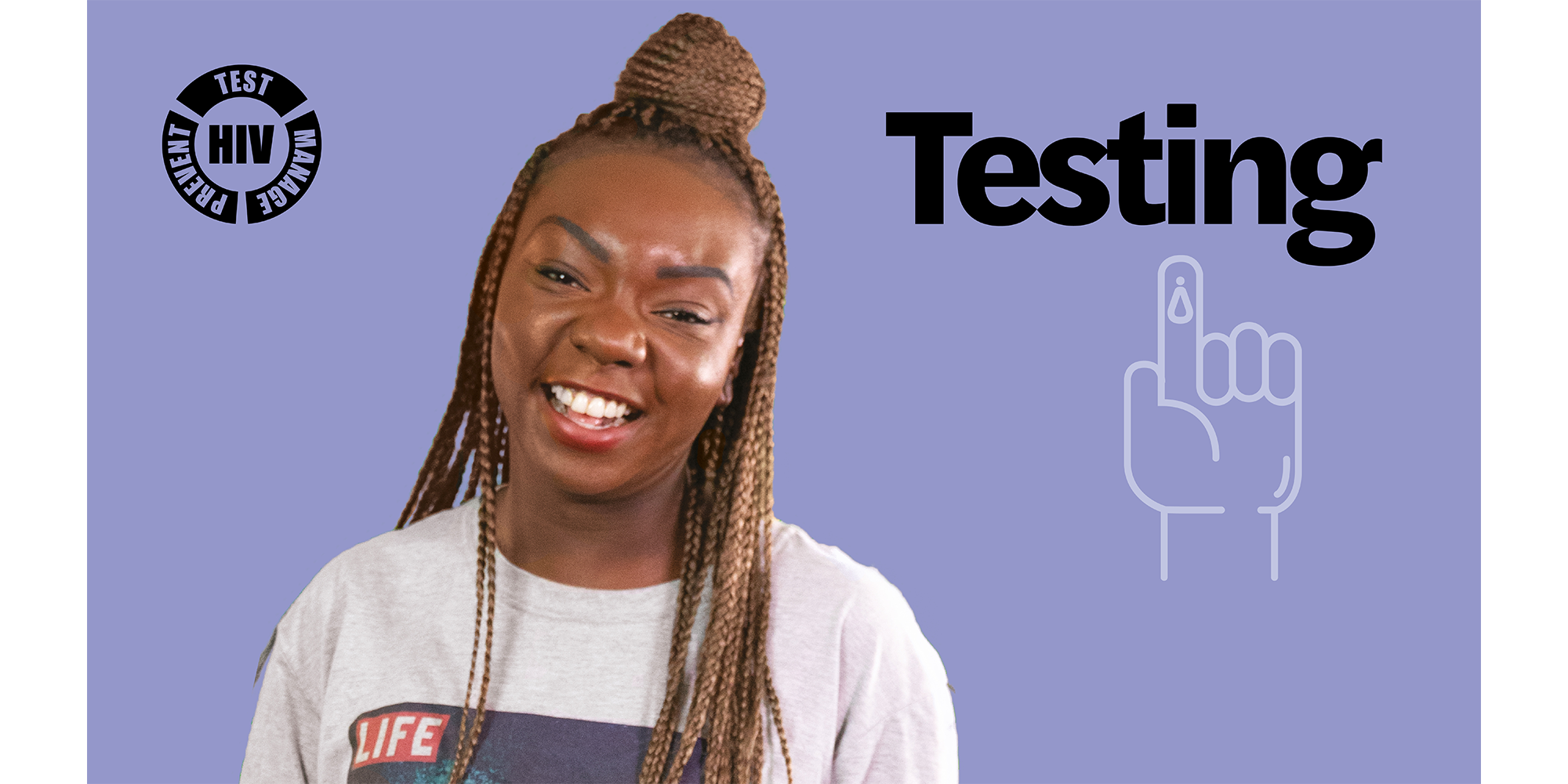 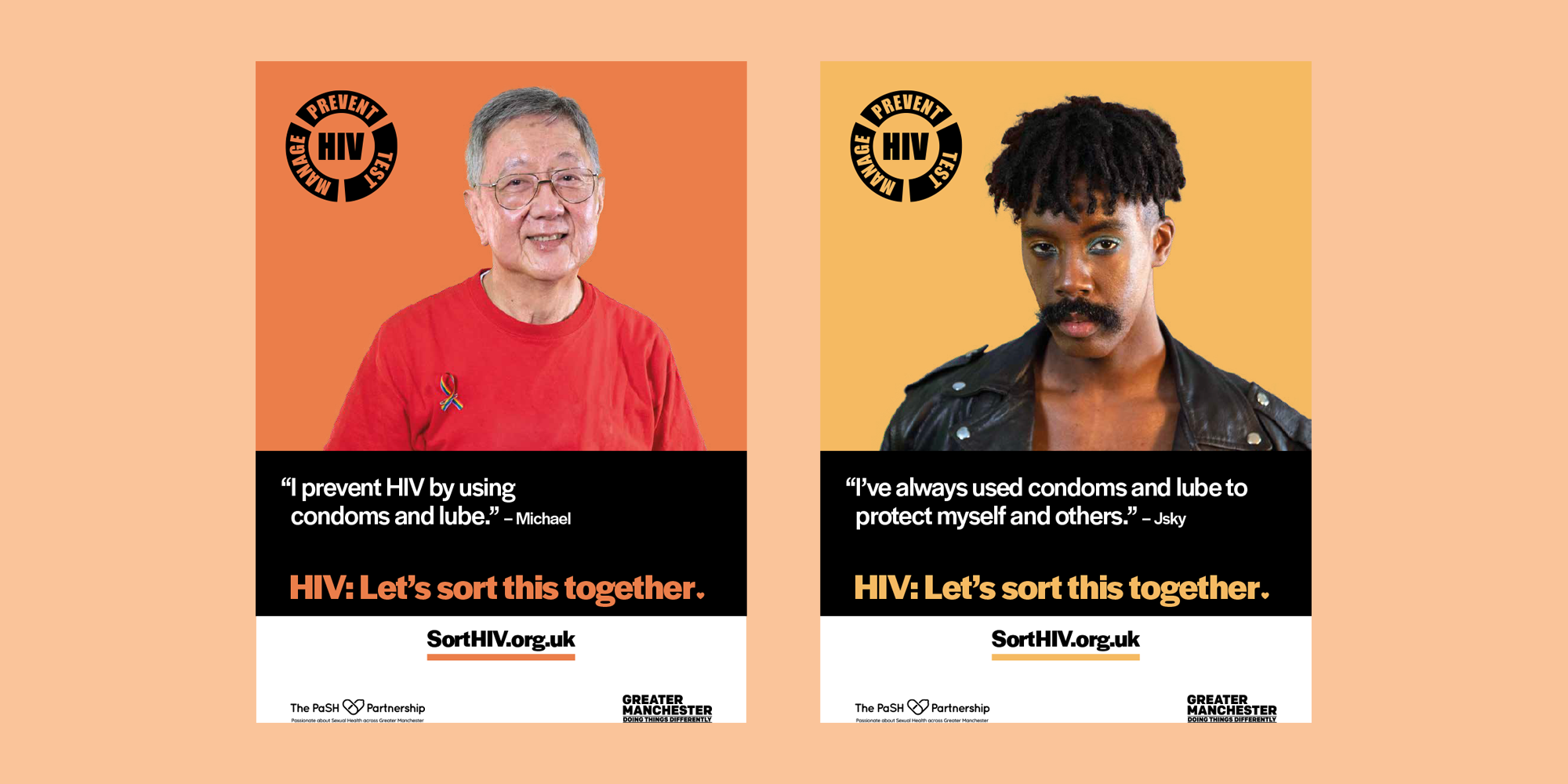 The voice of the campaign is warm, friendly and inviting. The campaign is non-patronising yet informative with a community feeling.

The campaign focuses on a ‘Test, Manage, Prevent’ message:

The use of real people in the campaign artwork gives a community feel to the campaign. Over 20 people were involved in the photography and videos; the majority of participants are Greater Manchester residents and their real life stories are included in the campaign.

Our work was also recognised regionally, with the campaign being named as the 'Best Health & Beauty Campaign' at the 2020 Northern Marketing Awards.

Multiple bursts planned for 2020/1 include:

“A significant number of people in Greater Manchester still receive an HIV diagnosis every year. It’s been clear to me that further action is needed. I am pleased that this new campaign is driving things further forward, led by the people and communities who are affected and most able to bring about the change.”
- Andy Burnham, Mayor of Greater Manchester.

“Despite real progress, too few people are testing regularly for HIV and too many people who are living with HIV experience unacceptable levels of stigma. We want to inspire everyone in Greater Manchester to feel it is their business to change this. Our new campaign, with its positive call to sort this together, is a big step forward towards this.”
- Sarah Price, Interim Chief Officer, Greater Manchester Health and Social Care Partnership.